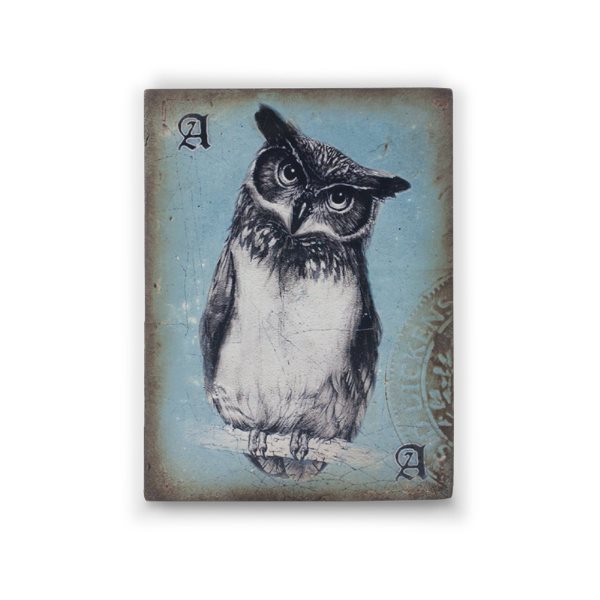 “Nocturne: A piece of music evoking the night; often very expressive, somber, and lyrical.”In the stillness of evening, one is more apt to reflect on and express deep emotions. Sometimes the truth comes out in beautiful ways, as in this collection of elegant new images for autumn.This soft, subdued collection marks a slight departure from Sid’s light and cheerful work of late, as he revisits a style more similar to his early gothic/medieval-influenced work. This is the first collection in years (with the exception of the limited edition 20th Anniversary Collection) to feature the original stain colour used in early Memory Blocks, providing a stronger, more historic look. Sid was inspired to combine this rough, rusted medieval finish with a pretty pastel colour palette of the “mod” 1960’s era, a whimsical combination which strikes a truly romantic chord.Three animals stir in the shadows of this collection. Dolphins have been known as friends and protectors of humans since the earliest Greek and Roman myths; this image in particular was found in ancient Pompeii. The phoenix and the owl are powerful symbols of strength, renewal, and clarity of vision; important qualities to bring on a journey through a dark night of hte soul. A medieval rose of heraldry adorning the Shadowplay, Chivalry, and Rosarium blocks can be identified by its five petals.The mood of this collection echoes back to a mysterious place in time, a full symphony of feelings waiting to be illuminated, in the moonlight of your imagination.Tile No. T316Collection2014 – Fall : Nocturne